Stunning new development in the unbelievable Nürburgring Gmbh saga: Irina Bokova, the Bulgarian director of UNESCO, has declared Friday her intention to register the Nordschleife to World Heritage List.

If the decision is ratified by the Executive Council at its next gathering, the 13 mile Northern Loop will become the 38th German monument to be added to a list of 962 sites around the world. According to Gustavo Araoz, President of the International Council on Monuments and Sites (ICOMOS), a mixed classification as cultural and natural heritage has been filed: “The Nordschleife is both a historical monument and a natural wonder of great value ! It cannot be dissociated and must be protected”.

Anonymous sources indicate that Michael Schumacher, himself goodwill ambassador of UNESCO for sport, intervened with the general secretary of the United Nations body to support the request of the committee « Die Nordschleife beschützen ». The undertaking is designed to put the sale of the site to the highest bidder on hold. Born in the Köln region, the retired Formula 1 champion is emotionally attached to the racetrack and its history. 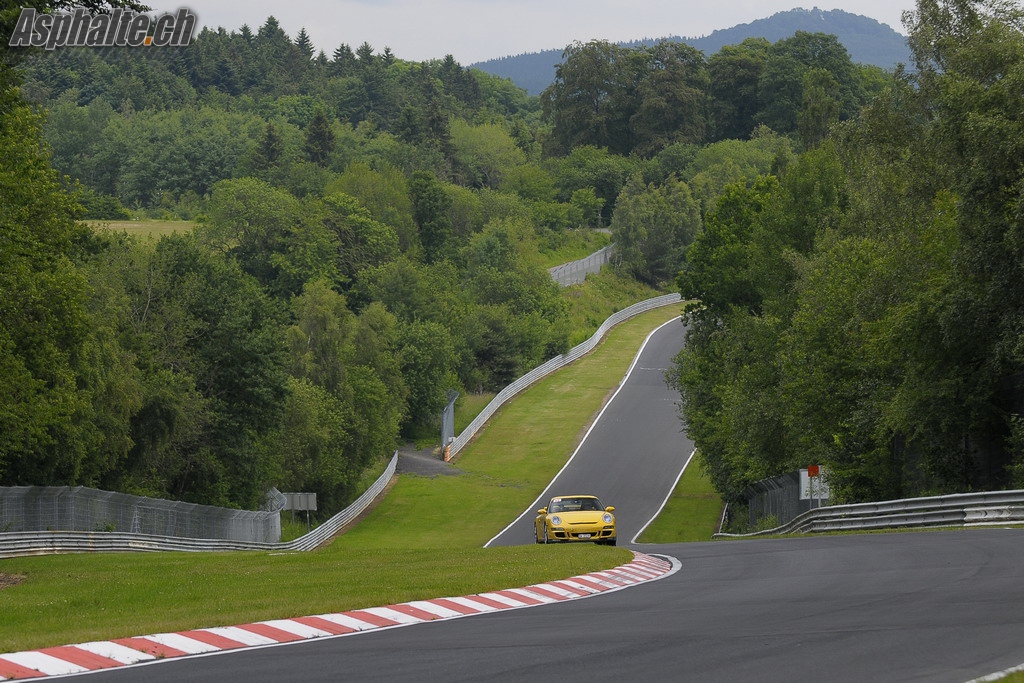 The news should have been favorably received by the residents of the Eiffel region, but most business owners are alarmed by the news. “It is a disaster” says Franz Hügenbroich, President of the Gemeinschaft der Nürburgring Geschäfte (GNG), the local business association. The sale of the complex for €150m was jeopardizing the future of the Nürburgring and the associated jobs, but the classification of the track would make it impossible to exploit it. “A world heritage monument is subjected to very restrictive conservation rules. Maintenance of the tarmac or replacement of the guardrails will be forbidden”. Small business owners in the nearby industrial park echo this sentiment. While the future of the Formula 1 racetrack remains uncertain, a ban of all leisure and competitive motorsports on the Northern Loop seems all but certain.

“Yet another dirty trick from the Grünen” storms Uwe Zornigen, team principal of the Makrele Racing Team, running in the VLN championship series. “They have been trying to shut the Ring down for 20 years. They have finally succeeded through this phony « Die Nordschleife beschützen » committee ! ”. For many small and medium businesses, a shutdown of the track will force them to close or reorient their activities, with adverse consequences for the local economy.

UNESCO has adopted a conciliatory tone. “Nürburgring fans will continue to come from around the world to visit the site, like any other historical monument. They will however only be able to do so by boarding electric, ultra-light coaches fitted with special ultra-wide tires designed to preserve the asphalt” adds Gustavo Araoz. German companies Mann and Fulda are said to have already started the study of these special vehicles.

The Nordschleife was built in two years between 1925 and 1927 by German architect Gustav Eichler to allow German car manufacturer to showcase their products and compete with the Italians. After World War II, the track was used for Formula 1 Grand Prix races from the 1950’s till 1983. Races have been held on the neighboring F1 track since 1984. Following a phase of over investment in entertainment and lodging infrastructure, the Nürburging Gmbh company suffered financial losses and had to file for bankruptcy on July 18th 2012. Under judicial administration since, the assets were offered for sale to the highest bidder. The UNESCO classification process suspends indefinitely any sale to a third party. The Land of Rheinland Pfalz is now forced to assume perpetual ownership of the Eiffel monument.