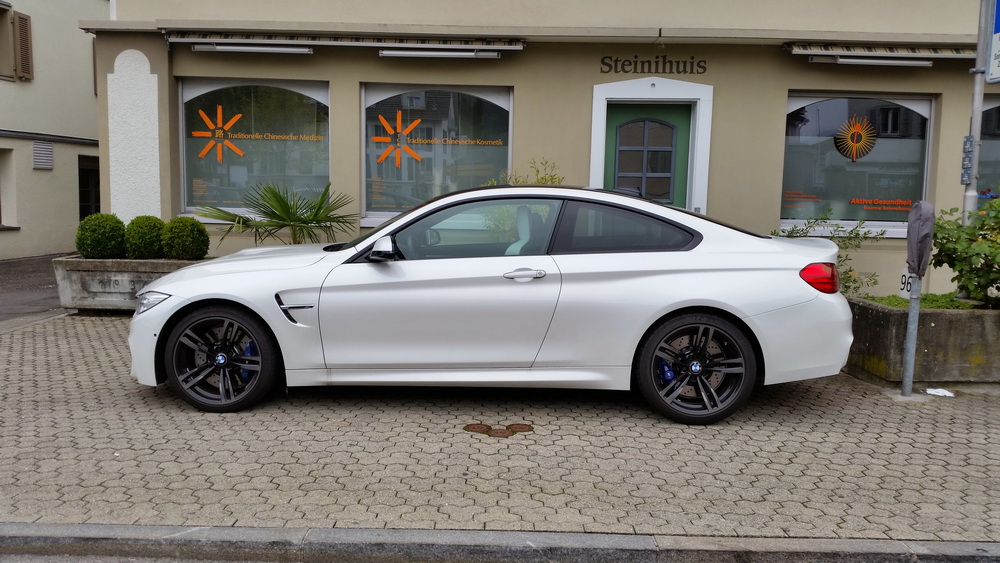 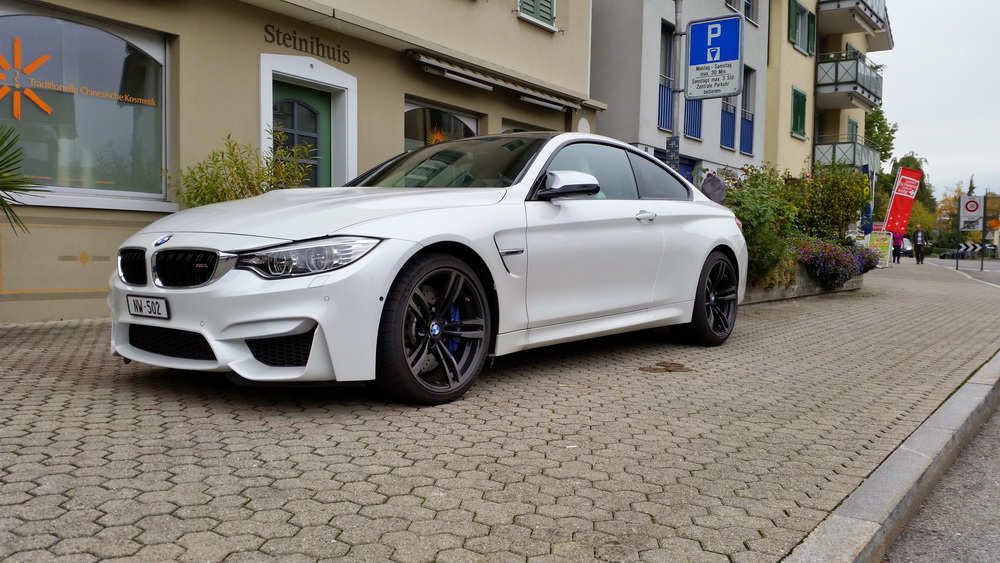 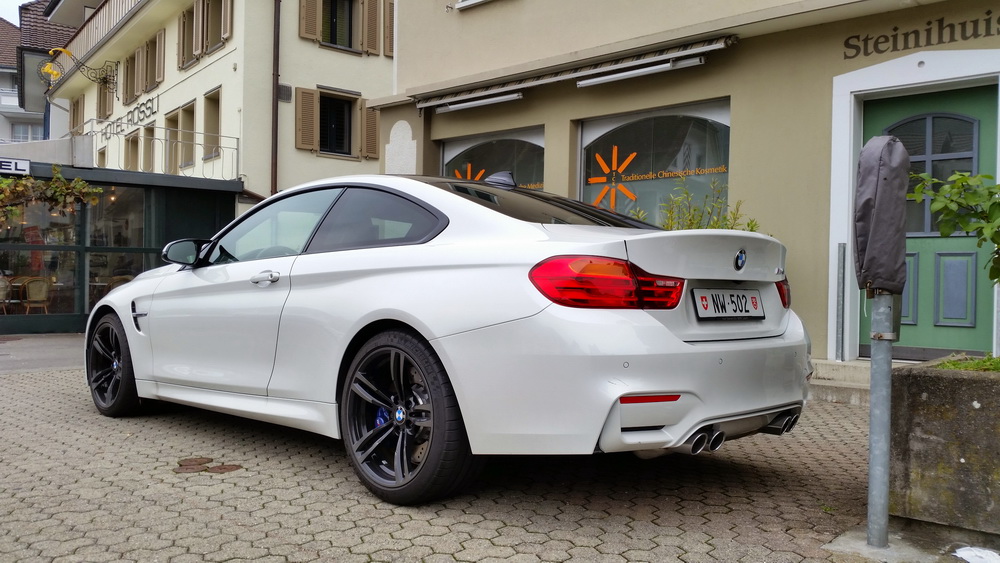 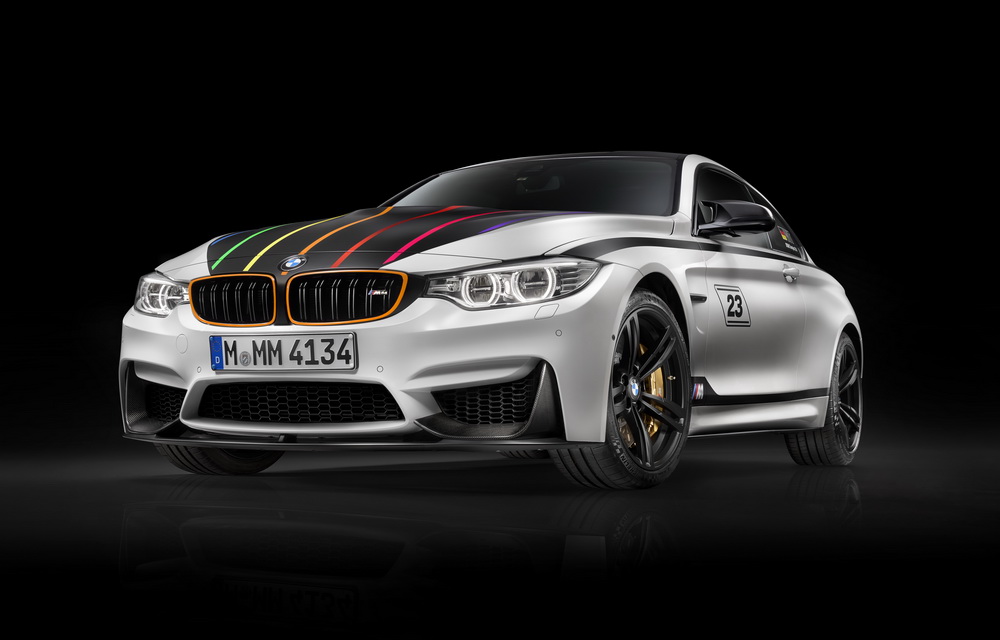 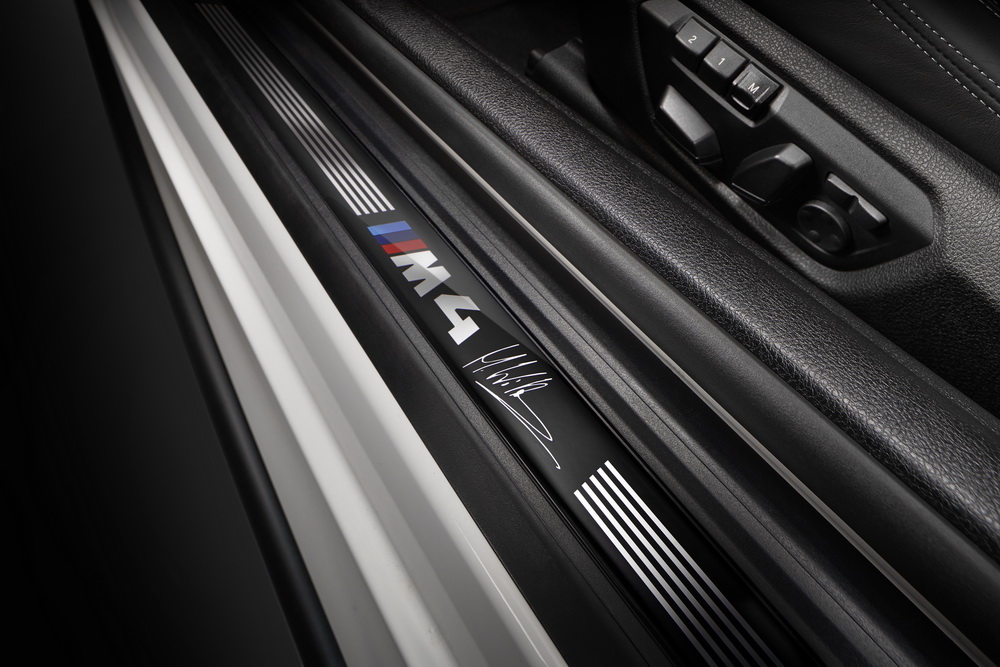 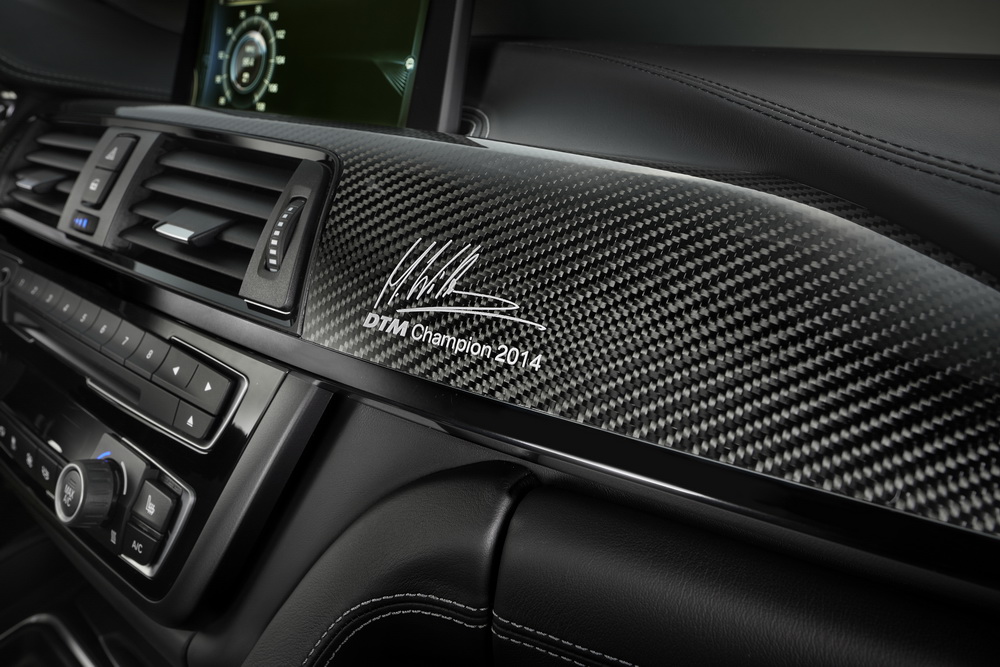 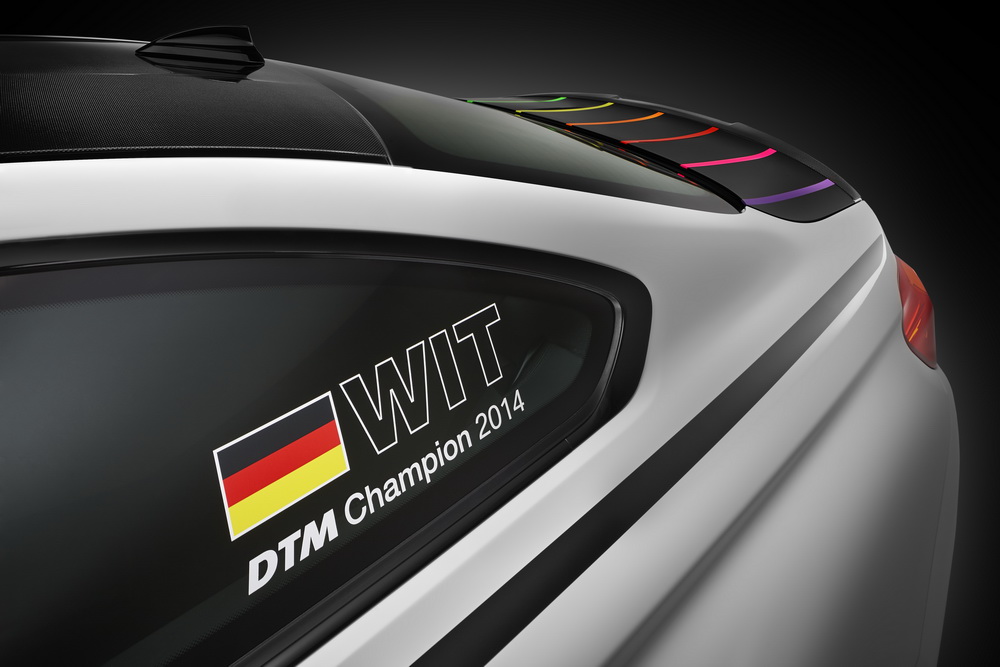 It was my car that was involved and a mistake was made. There were no intentions of doing anything out of the norm. In fact, you'll notice in the video that the car was going very slowly in front of the crowd. This was intentional because we've all watched too many YouTube videos of this sort of thing happening and wanted to make sure that nobody would get hurt should anything unexpected happen. Once the car was past the crowd the accelerator was pushed in a straight-line as I have done many times in the past when the rear snapped violently. The car was going ~30mph at that time. The car has been driven for 4700 miles and has been driven with DSC off many times including in the rain and never has the car snapped so violently just from accelerating. I chalk it up to several factors including cold temps (low 40s), cold tires and incorrect psi (more on that later) and of course driver error. More judicious use of the throttle should have been exercised. MDM mode was not used because MDM is too quick to intervene and cuts power prematurely (or maybe not).

Usually when the rear breaks loose, it does so progressively and steering correction will suffice. However, you can see in the video that the front tires are turned slightly to the right indicating opposite lock was put on the steering trying to prevent the car from doing a complete 180 however there wasn't enough real estate to counter how violently it snapped - though admittedty the gravity of the snap required immediate full oppo lock which was misread. I'm not sure why some are saying that no steering input was made because it was - one could argue it should have been sooner but again usually a little wiggle just takes small steering input and power through not a full-on immediate opposite lock as was needed in such a big snap - to me it actually seemed like it was happening in slow-mo although the vid makes it seem like it happened so fast. As the car started to correct it became apparent that there was no way out except over the curb which is where I put on the brakes and tried to straightline the curb as much as possible to avoid hitting the curb at an angle which would cause a lot of damage and potentiality flip/roll the car.

I've driven many high hp rwd cars including vipers, porsches, corvettes, and formula cars and I've graduated from formula racing schools and have years of training in advanced car control and plenty of track time. Heck I remember day one of Formula school, half of the first day was spent on the skid pad learning how to keep a car from spinning if you lose traction. Maybe I need a refresher since it's been awhile and I've been driving AWD Audis for the past few years. Some of those other RWD cars I mentioned will snap fiercely and you have to be on extremely high alert, however my experience with the M4 has been that it tends to not snap so viciously in a straight line - but this time I was wrong. I would caution anyone thinking that it can't happen to them (count me as previously one of those) that anyone can make a mistake. I'm thankful that nobody was injured from such a mistake. Surprisingly, the car seems to be driving just fine with the only damage being the right plastic guard underneath the bumper which can be seen in the video. Surprising I know.

I mentioned earlier that I had incorrect PSI - let me explain. My PSI was low, so I inflated it a bit with a pump with an analog tire guage which of course is very imprecise compared to a digital gauge. I noticed that my right tire pressure was 1.5psi off of my left when viewing the PSI from the BMW onboard digital gauge (you can only do this while driving). However, as my car had been pulling to the right from day 1 of delivery (there's a big thread of many complaining about that on these forums). Miraculously, the car drifted to the right to a lesser extent with the right tire PSI being slightly higher than the left and so I was playing around with the idea of keeping it that way for a short time- however I knew that I needed to put the PSI equally across both tires but I just failed to do that before going to the meet. I have no idea if unequal PSI left to right contributed to the right rear spinning so differently than the left.

Anyways, I know I'll be ridiculed and called an idiot (and rightfully so) but I think many of you also know that I didn't do anything intentionally out of the ordinary or unsafe. I'm not sure I was even trying to show off as acceleration happened when the car was past the crowd and it's not like a powerslide or burnout or anything of that sort occurred.

I also think the M4 is a fine car and I have no complaints about the amount of power or torque or tire width or grip or anything. In fact, the whole reason I got the M4 is because it's not AWD and I like the rear moving around a bit. Mistakes happen and I've learned a lesson - and from now on will keep DSC on when driving around