Karl Abarth was born on November 15th, 1908 in Vienna, Austria. At the age of seventeen, he became an apprentice at Castagna, Italy, designing chassis for motorcycles and bicycles. In 1927, he returned to Austria to work at Motor Thun Motorcycle plant. This was also the beginning of a highly successful racing career. Carlo started racing motorcycles and he began winning. He was awarded the champion of Europe five times, among other racing accomplishments.

In 1934, Austria and Germany began to feel the pains of the great Depression and the onset of World War II. Karl decided to move to Italy and further pursue his motorcycle racing career. While in Italy, he became known as Carlo Abarth. During a race in Yugoslavia, Carlo crashed and required hospitalization for over a year. After Carlo recovered he decided to stay in Yugoslavia until the end of the war. He began working with an individual named Ignaz Vok, converting automobiles to run on kerosene.

After the war, Carlo moved back to Merano where he began working with an individual by the name of Rodolfo Hruska.

Ferdinand Porsche was the founder of the Porsche dynasty and his son, Ferry Porsche had followed in his fathers footsteps. A long time friend of the Abarth family, Ferry Porsche presented Carlo Abarth with a job opportunity to help with the organization of the Porsche motor company. Abarth and Hruska were able to establish relationships with some of Italy's most important automobile manufactures due to this job opportunity. There was a problem, however. Ferdinand Porsche was in a French prison being held as a German war criminal. Ferry and Carlo found a solution to this problem in the form of a man named Piero Dusio. Dusio was a highly competitive person and was driven by the desire to win automobile races. He had formed the Cisitalia Corporation with the goal of producing race cars. Carlo and Ferry asked Dusio to post bond for Dr. Porsche in exchange for their services in building a race car. Thus the partnership between Porsche and Cistialia began. Abarth began working for Cisitalia as the technical and racing director.

It was a short-lived relationship however. Piero Dusio encountered difficulties and in 1949 moved to Argentina. This ended the Cisitalia Corporation. It did, however, offer Abarth an entrance into the manufacturing business.

The company featured the zodiac sign of Carlo Abarth, a scorpion. A factory was established in Turin, Italy with 35 employees. Armando Scagliarini, a driver for the Cisitalia company and the father of Guido, provided assistance to Abarth on this new-formed business venture. They began building automobile accessories which provided the funding for their racing expeditions. Exhaust pipes, manifolds, valve springs, valves, and gearboxes were just a few of the items produced by the Abarth Company.

In the early to mid 1950s, the Abarth Company began modifying mass-produced cars, mainly Fiats. These low-priced cars coupled with performance modifications, became unbeatable forces, winning most races that they entered. So much so, that Fiat began paying Abarth for each first or second place finish the modified Fiat vehicles would achieve.

In 1955, Fiat introduced the 600. This low priced fashionable vehicle had potential that Abarth quickly exploited. The displacement was increased to 747cc, greatly improving the overal performance. Not only was the company able to increase the engine capacity and tap into greater raw horsepower, but they were able to improve the aerodynamics of the vehicles, and lighten the overall weight. This formula was the key to Abarths success in the automotive world. But it was not the only reason they were successful. Many people were not able to purchase higher-priced sporty vehicles such as Ferraris or Bugatti's, so these Fiat/Abarth creations were excellent opportunities to buy a lower priced race car but still achieve similar results on the race track.

The 600 led to the 850. Fiat supplied Abarth with incomplete vehicles and it was left up to Abarth to fit the car with brakes, exhaust pipes, carburetors, and crankshafts. This saga continued with Fiats next model named the 1000, then the 595 and 695. These Fiat-Abarth vehicles accumulated many national and international victories, making it one of the most successful race-car-prepared ventures of all time.

Abarths next endeavor was to build a complete Abarth vehicle. They began by making formula and sports cars that ranged from 1000cc and 2000cc. This was another success for the Abarth Corporation, amounting numerous victories in a wide spectrum of racing.

In 1971, the Abarth Corporation was purchased by Fiat. The company and structure remained the same, with the only change being the sports-car prototype being abandoned. Many Fiats continued to be produced with the Abarth badge, usually signifiny a sports package or high performance version.

No brain, no headache...
Haut 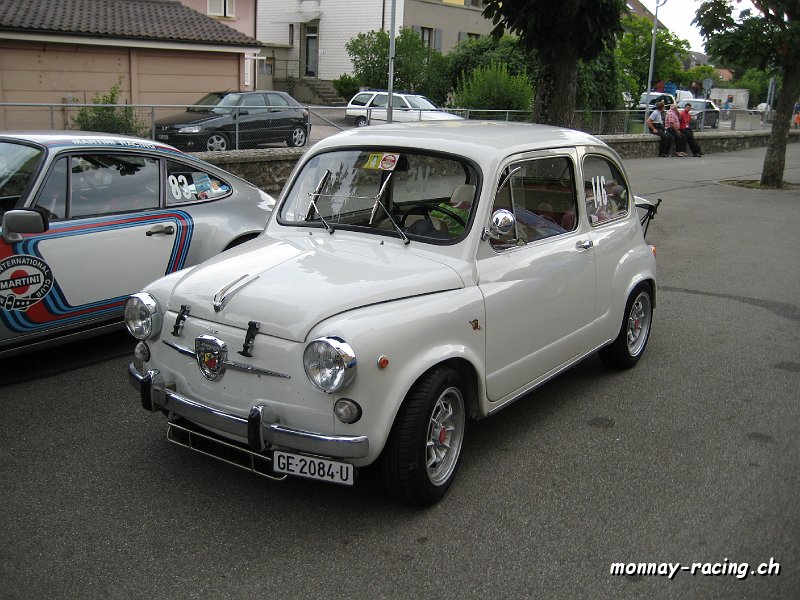 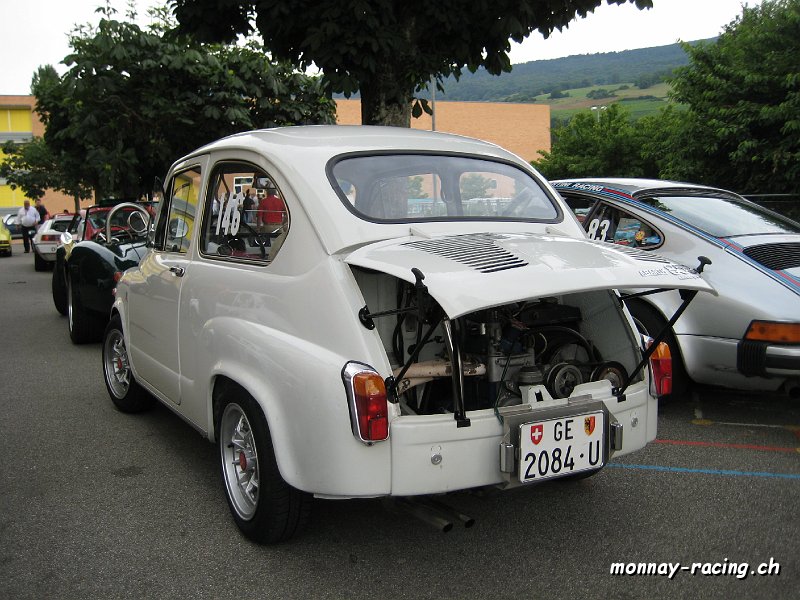 As in the tradition of the brand, the Abarth SS is derived from a small production Fiat model (the Panda, in this case). The same basis was recently choosen by Bertone for the Barchetta Concept.

The estimated price could be as low as 18,000 Euros, thanks to the extensive sharing of components.